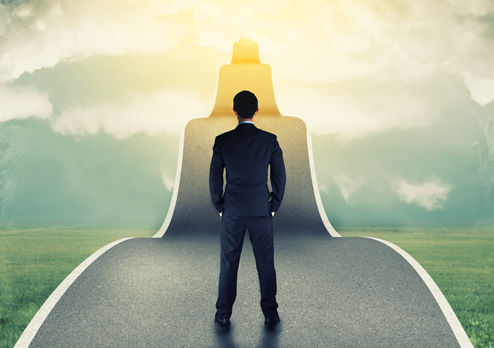 “Any time I’ve observed someone accomplishing something magnificent, they’ve been a monomaniac on a mission. A single-minded person with a passion!” ~ Peter Drucker

In multiple hundreds of interviews primarily with entrepreneurs, as well as people from all walks of life – one of the questions asked was to share their number one pain point in life and business.

The overwhelming response was a “lack of purpose” or some derivation thereof. The lack of possessing some sense of why they are here and what they have really to do.

This is epidemic; and it is evidenced in the tremendous lack of fulfillment in the world.

“Don’t start a business unless it’s an obsession. If you have an exit strategy, it’s not an obsession.” ~ Mark Cuban

The greatest battle you will ever fight is the battle to be unique. It is a battle in which the entire world will marshal it’s every force against you; and the battle never ends.

One of the greatest lies we have been conditioned to believe is that the “well-rounded” person is the most happy and successful person. This is nothing further from the truth.

Deep down inside you long to be great; you long to do something of significance in the world; to make your own unique dent in the Universe.

True success goes to those who are obsessed. “Well-rounded” is for the cult of mediocrity. These are the Jack / Jane of all trades and master of none.

How many times have you heard the old adage about the “structure of insanity?” Doing the same old things expecting to get different results!

If anything is worth doing it is worth being great at it. If there is no chance you are going to be great, then please do not waste your life and time.

A woodpecker is super clear on what he is going after; he is committed; and he is willing to persist and persevere until he gets it. A woodpecker is a warrior of will.

If a woodpecker were like most in today’s world he would peck one time on 10,000 trees. After all he does not want to be “insane” doing the same old things, right?

A woodpecker pecks 10,000 times on the same tree until he gets his meal.

What is your “Magnificent Obsession?” What is the one thing you absolutely must accomplish prior to exiting this life?

The true warrior has come to terms with his own mortality; and therefore understanding that time is short, he has not one minute to waste in the accomplishment of his outcome.

What is your Magnificent Obsession to make in this life, this world and the Universe?

“I see only the goal. All else must give way.” ~ Napoleon Bonaparte