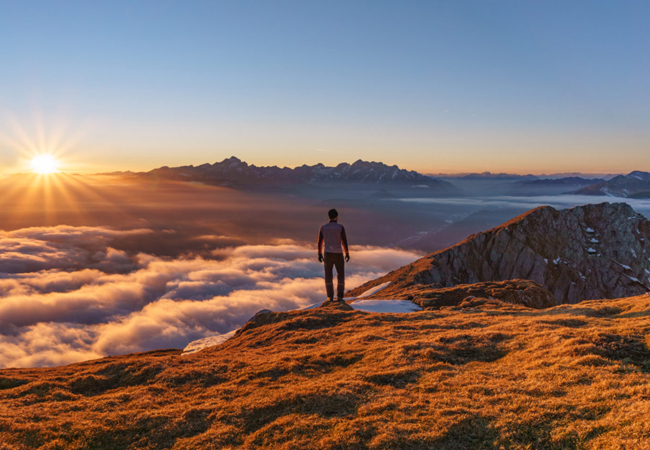 We all want to leave our mark on this world - to know that our life mattered.

What does it mean to leave a legacy? It means putting a stamp on the future, and making a contribution to future generations. People want to leave a legacy because they want to feel that their life mattered.

Deciding what your legacy will be can help you with all the following:

Below you will find ways to identify the legacy that you want to leave behind after you are no longer here:

See Yourself As a Relay Runner

In a relay race, members of a team take turns running while they hold a baton in their fist. Each team member runs a portion of the race, and then they hand the baton over to the next runner. One way to think of your life is to see it as a relay race. That is how President Barack Obama thinks of his life.

Here is what Obama said about leaving a legacy:

“I saw myself as a relay runner. I would take the baton and I would run my leg of the race. And then I’d pass the baton to someone else… Each generation tries to make progress knowing that what we do is not going to be perfect… But, hopefully, we’ve run our leg of the race effectively – and the world’s gotten a little bit better.”

Most of us are familiar with Stephen Covey’s obituary exercise. Covey indicates that you should imagine your funeral. Then, you should ask yourself questions like the following:

What Words Do You Want Etched On Your Tombstone?

Most of us are familiar with Stephen Covey’s obituary exercise. Covey indicates that you should imagine your funeral. Then, you should ask yourself questions like the following:

Most of us will not have anything nearly as grand as Jefferson to put on our tombstones. Nonetheless, an ordinary life lived well and lived with grace can make an important difference in the lives of others. What words do you want etched on your tombstone?

Leave a Legacy – Questions to Ask Yourself

These 10 questions will help you to identify the legacy that you wish you leave:

Ways to Leave a Legacy

Brainstorm ways in which you can leave a legacy by using the following ideas as a jumping off point:

We have heard about “Neil Armstrong” – the first man to land on moon. But does anybody know the name of “Edwin Aldrin?”

He was the second person to land on moon.

It was 1961. John F. Kennedy was the president of the United States. He wanted to land humans on the moon. The United States had just started trying to put people in space.

Apollo 11 blasted off on July 16, 1969. Neil Armstrong, Edwin "Buzz" Aldrin and Michael Collins were the astronauts on Apollo 11.

The sign the astronauts left on the moon says, "Here men from the planet Earth first set foot upon the moon July 1969, A.D. We came in peace for all mankind."

On July 20, 1969, Neil Armstrong became the first human to step on the moon. He and Aldrin walked around for three hours. They did experiments. They picked up bits of moon dirt and rocks.

In April, only three months before liftoff, it was announced that Neil Armstrong would be the first man to walk on the moon. The main reason NASA gave for the decision was that the Eagle's hatch opened to one side Ã¢â‚¬â€œ rather than up or down Ã¢â‚¬â€œ and that side was towards the pilot, Aldrin. The bottom line was that when the hatch was opened, the commander, Armstrong, had a clear path to exit, while the pilot was pinned in the rather cramped space of the module. By a sheer happenstance, it made more sense for Armstrong to exit first.

Click here to find out one such Business Opportunity through which you can “Leave a Legacy.”